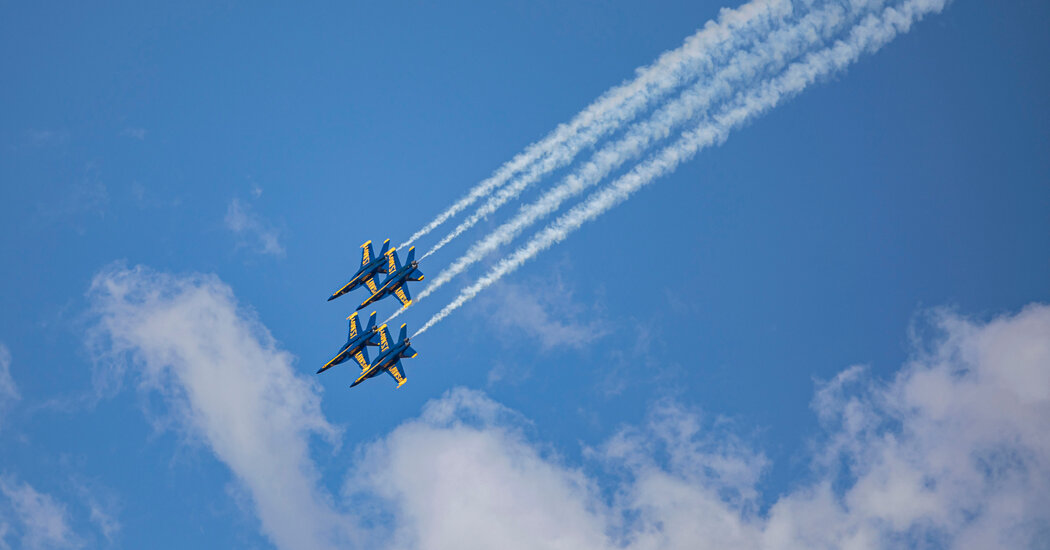 All non-deployed aircraft will stand down for one day to “review risk-management practices and conduct training,” the Navy said.

In the wake of three crashes, two of them fatal, the U.S. Navy has said it will ground all nondeployed aircraft for a day on Monday to focus on safety protocols.

The aircraft grounding comes after crashes within a seven-day period in California this month resulted in six deaths. The day will be used to “review risk-management practices and conduct training on threat and error-management processes,” the Navy said on Saturday.

“In order to maintain the readiness of our force, we must ensure the safety of our people remains one of our top priorities,” the Navy said, adding that deployed units would also conduct a safety review at “the earliest possible opportunity.”

On June 3, a Navy pilot was killed after his F/A-18E Super Hornet crashed in a remote unpopulated area near Trona, Calif., about 170 miles northeast of Los Angeles. The pilot, Lt. Richard Bullock, was flying a training mission, the Navy said.

On June 8, another military aircraft crashed, killing five U.S. Marines. The Marine Corps said the aircraft, an MV-22B Osprey that belonged to the 3rd Marine Aircraft Wing, crashed near Glamis, Calif., which is more than 150 miles east of San Diego.

The next day, a Navy helicopter crashed near El Centro, Calif., more than 100 miles east of San Diego. The helicopter, a MH-60S Seahawk, was also conducting a training flight, the Navy said. All four crew members survived. One was taken to a hospital for injuries that were not life-threatening, the Navy said.

The authorities have said they are investigating all three crashes, each of which occurred during routine exercises. So far, there has been nothing connecting the crashes, Cmdr. Zach Harrell, a San Diego-based spokesman for the Naval Air Forces, said.

“If there’s anything that comes out of the investigation that determines there’s a link, that will be addressed immediately,” he said.

He said that safety pauses have taken place before, usually after there had been several crashes in a short period of time. The last time the Navy stood down nondeployed aircraft for safety reasons was in October 2020, Commander Harrell said. The grounding followed two crashes, one of which resulted in two deaths.

There have been nine of what the military considers to be the most serious crashes — one that results in property damage of $2.5 million or more, fatalities or permanent total disabilities — in the Navy and Marine Corps this year, Commander Harrell added.

He characterized the most recent crashes as “unusual.”

In March, four Marines were killed in Norway during a NATO training exercise. They were flying an MV-22B, the same aircraft that crashed on June 8.

Mr. Sax said on Instagram that his son loved being a Marine. “He loved to serve this country,” Mr. Sax wrote. “He is and always will be my hero.”