The Army suicide rate is at its highest level in years. Plans to reduce it are getting mixed reviews – KPBS 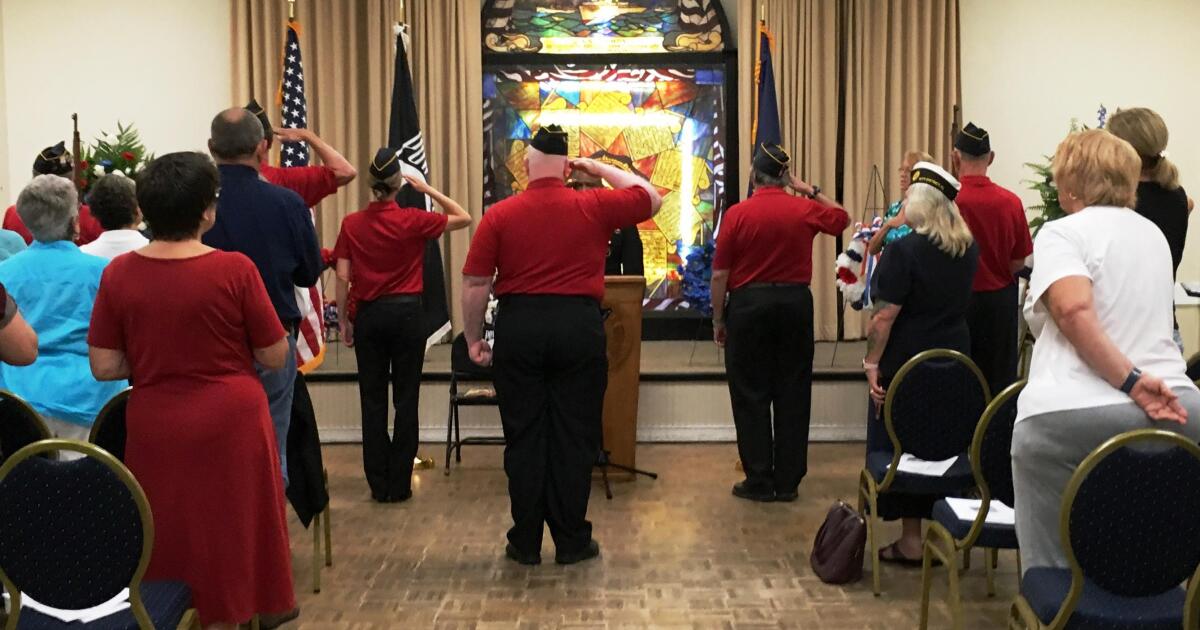 The Army suicide rate is at its highest level in years. Plans to reduce it are getting mixed reviews – KPBS

In 2019, Fort Leonard Wood in the Missouri Ozarks had the highest number of suicide attempts among Army soldiers in their first six months of service.

The military post is home to more than 15,000 basic trainees every year and hosts advanced individual training that follows basic training in areas including military policing and engineering.

In response to the increase in suicides, base leaders say they started several programs designed to help soldiers feel connected and know they could reach out for help.

Those efforts included a Resiliency Fair, held in a large hall on base where soldiers, their families, and civilian employees could learn about services available for people experiencing mental health issues. Attendees could get information via brochures, posters, and Powerpoint presentations.

“We want everyone to know if they see a fellow soldier or a family member who is struggling, if they see a dramatic mood swing, they have the ability to stop and have that conversation, to make sure they know they are part of a team,” said Malia Nemetz, an Army retiree who is now Fort Leonard Wood’s Suicide Prevention Manager. “They are part of an organization. They are not alone.”

The Resiliency Fair is the latest in Fort Leonard Wood’s efforts to reduce instances of suicide and help soldiers connect with a variety of things that can help them with their mental health.

The National Suicide Prevention Lifeline is a hotline for individuals in crisis or for those looking to help someone else. To speak with a certified listener, call 1-800-273-8255.

Crisis Text Line is a texting service for emotional crisis support. To speak with a trained listener, text HELLO to 741741. It is free, available 24/7, and confidential.

In 2019, Fort Leonard Wood launched the “I Choose To Live” campaign, where soldiers who suffered with mental health issues or attempted suicide shared their stories about how they got help.

The program was the brainchild of Sgt. Maj. Jason VanKleeck, who was then stationed at Fort Leonard Wood, He openly shared his struggles with mental health and suicidal thoughts ten years earlier.

“We are very reactive in mental health education in the sense of why are we not finding the people who did survive and say, ‘What’s your story?’ So the next person knows they are not the only one, and there is a way to get through it,” VanKleeck said when the program launched.

“We wear the same uniform, and we’ve been through many of the same things,” said Lt. Col. Bradley Godding, the head of chaplains at the base. “We can be the ones soldiers can relate to.”

Since any communication with a chaplain is confidential, Godding hopes he and his colleagues can become trusted confidants from the moment a new recruit comes on post.

“As a new soldier comes into the Army, they are given a briefing from a chaplain, and those chaplains talk to them about the value of life and the places they can seek help and get help early,” Godding said.

Even with Fort Leonard Wood and other military installations working on programs to increase mental health, some people close to military suicide say the armed forces put too much of the burden on soldiers to get help.

“I think that is absolutely ridiculous. I think that is beyond absurd,” said Sara Wilkinson of Virginia Beach. She is the widow of a Navy Seal Chad Wilkinson, who died by suicide in 2018.

Sara Wilkinson read Fort Leonard Wood’s literature on suicide prevention and said it was too focused on seeing mental health as nothing more than a means to being ready for combat.

Jennifer Keeling’s husband Ronald was one year away from retirement from the Army in 2009 when he died by suicide. She said the armed forces still haven’t fully addressed the stigma of mental illness, and that soldiers think they are weak if they seek help.

“He said he couldn’t tell his command because he wouldn’t get promoted. And once he got promoted to first sergeant, he was worried how it would look for the person who was supposed to be in charge and have it all together was seeking mental health help,” Keeling said.

Keeling has been working with private, non-profit groups to prevent military mental health issues and suicides. She said things are getting better, but not quickly enough.

“Still to this day, the information isn’t being put out there that there is a way to seek help and for it to be confidential that won’t go on a soldier’s record,” Keeling said. “The more we talk about it, the better. But we need to get to soldiers before the crisis.”

Advocacy groups agree, and say the military should be taking the same approach to training commanding officers to spot the signs of mental health problems as they do in training troops for military activities.

“We don’t train people to go to combat through Powerpoint presentations alone,” said Chris Ford, the CEO of Stop Soldier Suicide. “There’s hands-on exercises and experiences. Can we invest in more hands on, practicum and training and recurring training to routinize and reinforce those skills in front line supervisors?”

Fort Leonard Wood leaders say they are committed to long term efforts to address mental health and reduce instances of suicide. The installation’s entire leadership team reviews every suicide attempt on base.

Nemetz said even one soldier suicide is too many, but human nature and the power of psychological problems will make it hard to prevent all suicides. But she does report an increase in soldiers and their families seeking help in the past year.

This story was produced by the American Homefront Project, a public media collaboration that reports on American military life and veterans. Funding comes from the Corporation for Public Broadcasting.