Rapper Vic Mensa has a more badass fitness routine than you thanks to martial arts, psychedelics and meditation – British GQ 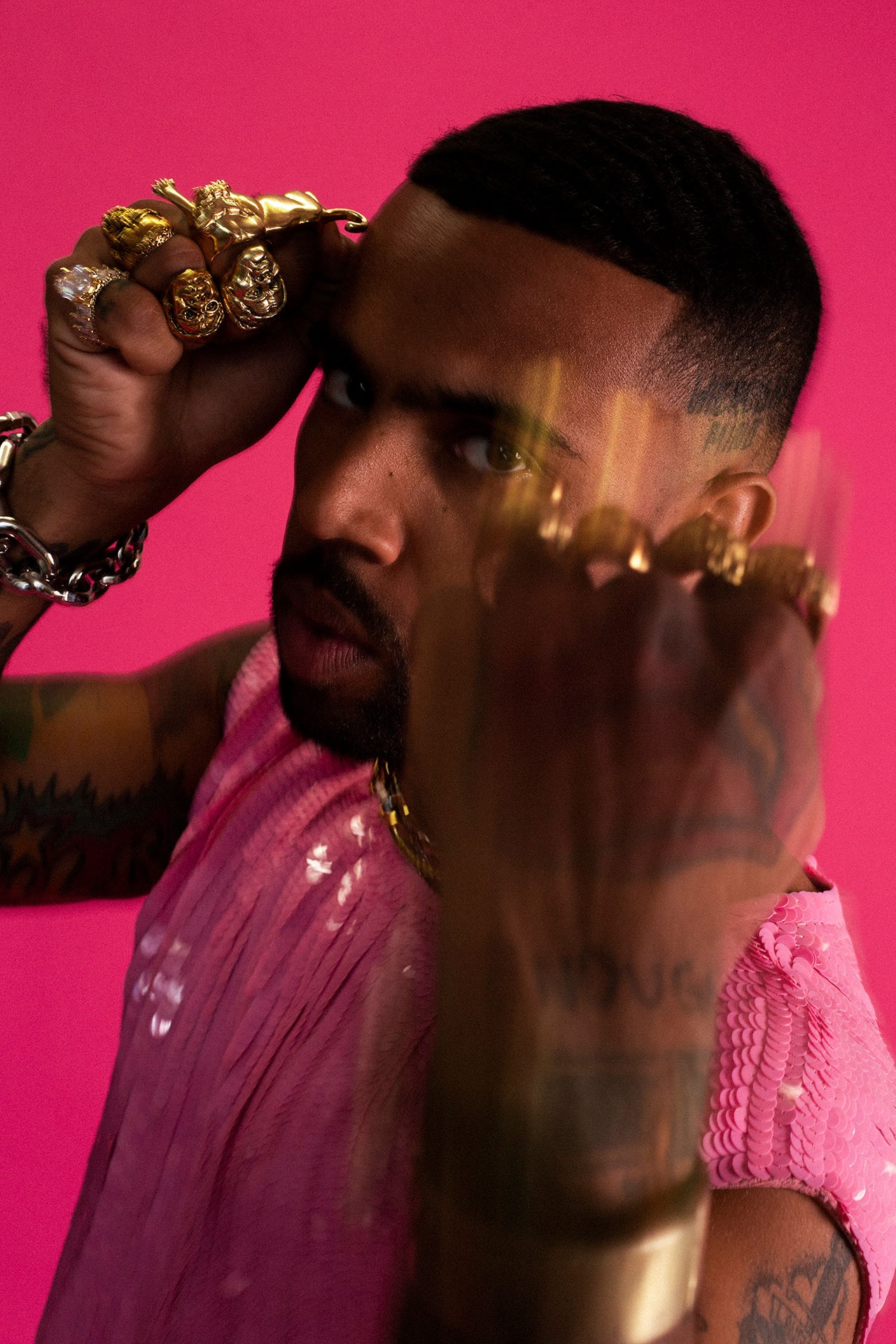 Rapper Vic Mensa has a more badass fitness routine than you thanks to martial arts, psychedelics and meditation – British GQ

“Although I stopped training, I never stopped being a martial artist. In 2018 Travis Barker connected me with my sensei in Los Angeles who is a world-champion kickboxer named Majid Raees. He is a marvel. He’s almost like a life coach and a martial arts sensei. More recently, I connected with my sensei in Chicago who I’ve been training with consistently for the past two years.

“Through training with my sensei in Chicago, Chandler, I got locked back into the principles of martial arts. Violence is something we train to be able to unleash, but the foundation is mental discipline. As I’ve been growing it’s become one of my most important pursuits.”

“Stopping drinking has been one of the most pivotal pieces of my present reality. I stopped drinking, stopped smoking cigarettes and taking drugs. I’ve been implementing discipline in my life in a much more intentional and critical way than ever before. I feel like I’m living an entirely different experience. I’ve cut out so many things, including in my sex life – everything.

“I still have a lot of ground to cover in my actual diet. I did Ramadan. That was my first experience with fasting. That shit was hard as fuck. I was far from perfect but I did gain insight into the power of self. I felt like every time I was on the brink and wanted to stop at Popeyes but pushed through, I feel like I gained power. Right now I’m trying to put on weight so I’m eating a lot. The balance I’m trying to figure out is how to do that while eating healthily.”

“I don’t use psychedelics right now but microdosing has been incredibly beneficial and valuable for me. Mushrooms in general are something that has been in my life for a decade now. They have been integral in different creative periods. In more recent times I really dove into microdosing.

“When I was in Ghana this past December and January I was newly sober – I went sober August last year, and I’d also recently started microdosing. I was packing my things and I decided not to take my antidepressants with me. Since I was 15 I’ve tried maybe 10-15 different antidepressants. I’ve had only one of those medicines work and even that was very short-lived.

“Most recently, during the process of changing my dosage there was a point in time where I didn’t take it for a few days. I found myself driving through the south side of Chicago and I realised ‘Oh shit, I’m suicidal. I talked to my psychiatrist and realised that I wasn’t suicidal when I started taking the medication! It was having an adverse effect, creating a chemical reliance. So I decided to go cold turkey even though you’re not supposed to, then I really leaned into the microdosing and I think we know what happened next, haha.”

“At this point, more so than microdosing or anything like that, meditation is my primary form of self-care and wellness. If I don’t meditate for a day or two, by the end of those couple of days I find myself being aggy, anxious and getting depressed. Meditation is intertwined with martial arts training. Many of the meditations I study come from the same part of the world as martial arts. I’ve been meditating since I was 16 but more recently I started studying more techniques like Transcendental Meditation, and I went on a silent meditation retreat.