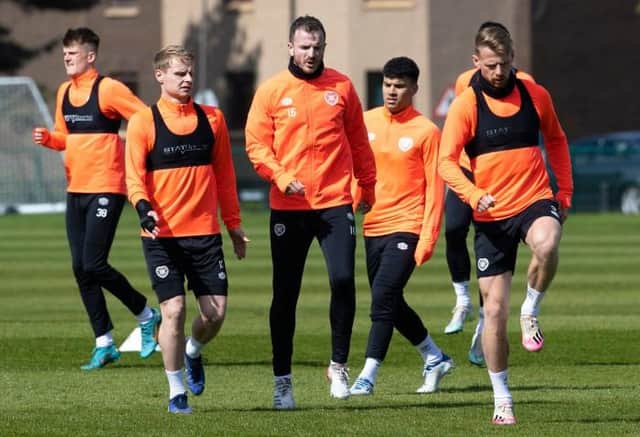 Here is what each cinch Premiership team is planning, when they are expected back and who they are, so far, confirmed to line up against.

John Lundstram will be amongst the players who report back for Rangers training ahead of the new season. (Photo by Alan Harvey / SNS Group)

Jim Goodwin plans to take the Dons to Spain for a training camp as he gets his teeth into his first summer as Pittodrie boss. It is a crucial spell for the new manager tasked with turning around fortunes in the Granite City after finishing 10th last term. The Dons haven’t been abroad for training in more than three years due to covid restrictions.

Motherwell have one friendly before their European campaign begins. (Photo by Craig Foy / SNS Group)

The Scottish champions will prepare for the new season in several bases around Europe, including Lennoxtown, in a flight-filled summer that will mirror the first half of the season and potential Champions league travels. An 10-day Austrian camp in early July with two friendly matches is followed by friendlies in Poland and Czech Republic later in the month, organised around exhibition games at Parkhead before the league flag is flown on July 31.

A short pre-season tour has been planned on Tayside, but they’ll do so without Tam Courts following the manager’s move to Hungary. His replacement, widely expected to be confirmed as Jack Ross this week, will take the team as well as host his former club Sunderland at Tannadice.

The travels will be south of the border with football director Tony Asghar describing the plans for facing Scott Brown’s Fleetwood Town “a great away day for our supporters”.

Robbie Neilson’s team will jet off this week for pre-season, kicking off their new capmaign with a week of warm weather training in Spain, which also includes a friendly – appropriately named given the club’s continental ambitions – against FC Europa of Gibraltar. So far no plans for games at Tynecastle have been announced, but with a packed schedule in the first half of the season including guaranteed European football until Christmas, the Jambos will ensure they pack in as much vital preparation as possible including a trip to Joe Savage’s former club Preston North End.

Like many others, Hibs are taking advantage of warm weather training having done without over recent seasons. Lee Johnson is taking his team away to Portugal where they will play two games – against former Hibee Paul Hartley’s new side Hartlepool United and Burton Albion before returning for the higher profile meeting with Norwich City at Easter Road.

Derek McInnes has already had his side back in pre-season training, unsurprising given they finished the season a lot earlier than their cinch Premiership colleagues after winning the Championship on May 1. The club will be back on public show, opening Falkirk’s new Kevin McAllister Stand before swapping Largs and the Scottish seaside for Spain and a training camp including two games.

Like the others, Livingston are heading to Spain for some work in the sun but David Martindale and Marvin Bartley are equally keen on establishing their home comforts at the Tony Macaroni Arena and hosting both the team’s friendly matches before the Premier Sports Cup begins.

The Steelmen will be the first side in Scotland to return to competitive action with the winners of Bala Town and Sligo Rovers taking on Graeme Alexander’s team in the early stages of the UEFA Conference League. As such their schedule reflects the early start and they’ll be in Obertraun in early July for a preparatory camp.

After seeing off SC Braga over two legs last season, games that set the club up for the Europa League Final against Eintracht Frankfurt, Rangers are heading back to Portugal for a pre-season on the Algarve. Giovanni van Bronckhorst’s team has been quiet on the transfer front but busy arranging games at home and on the training trip – though another rumoured clash with Rennes has still not been confirmed.

The B Team will also play away against Glentoran on July 10.

After finishing in the top six last season, Malky Mackay is taking the Staggies to northern Italy, heading away this weekend before returning for a couple of Highland clashes closer to home and the start of the Premier Sports Cup.

St Johnstone were in action to the very last minute of season 2021-22, escaping relegation by winning the play-off final against Inverness with a quite emphatic night at McDiarmid Park. Callum Davidson’s side relinquished their hold on the League Cup trophy last season but will be looking for better when this campaign resumes and in preparation have, so far, only organised one game.

Stephen Robinson moved to Paisley earlier this year and will put his own stamp on the team this summer – he’s already put a Northern Irish slant on the pre-season preparations with a trip across the water before returning to Scotland and kicking the Premier Sports Cup preparations into gear.