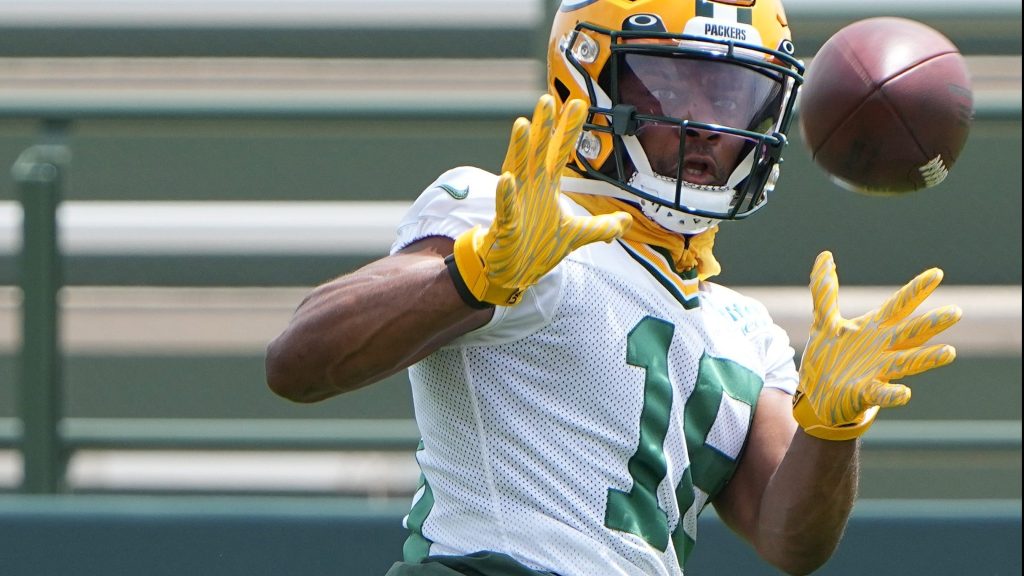 The presence of Randall Cobb is one reason why Aaron Rodgers doesn’t feel especially needed at the voluntary portions of the offseason workout program. The veteran Green Bay Packers pass-catcher is serving as an extension of Rodgers in the wide receiver room during this pivotal learning stage for the young players.

Cobb, now in his 10th season playing with Rodgers, is relaying the message on what the Packers quarterback wants the rookies – second-round pick, Christian Watson, fourth-round pick Romeo Doubs and seventh-round pick Samari Toure – to know as the young players learn the offense.

Put another way: Professor Cobb is teaching “Playing with Aaron Rodgers 101” to the rookies before training camp.

“We’ve got my closest buddy on the team with those guys every single day, Randall Cobb. And he’s been here the entire time, just about,” Rodgers said on Tuesday. “So he’s passing along everything they need to know about playing with me, and the expectations and the signals and the unspoken communication and non-verbal stuff. And they just have to feel me once we get back for training camp and it gets real.”

Rodgers wasn’t at the early rounds of OTAs and will skip the last session next week, but he was in Green Bay for the three-day mandatory minicamp. The team will reconvene in late July for the start of training camp.

Cobb has been in Green Bay throughout the offseason.

Rodgers stressed that learning the offense comes in stages for young players. First, it’s understanding the offense through the playbook, or “on paper.” The next step is on the field with Rodgers. The rookies are digesting the offense on paper now while getting help from Cobb on all the little things Rodgers wants on the field so that when training camp arrives, the transition will be easier.

Rodgers said receivers coach Jason Vrable is also serving as an extension of himself in the room. And in a lot of ways, Cobb is acting as a player-coach during the offseason workout program.

“A guy that has played a lot of ball, that’s been around this system for the last year, but been around Aaron for his entire career, for the most part. So he can teach those guys when certain things come up,” coach Matt LaFleur said. “That’s so important for us to go out there and get reps. It’s impossible to sit there and talk about everything you want a guy to know in the classroom. Some things just come up organically on the field based on whatever is presented to you. To have a veteran like that, to show those young guys exactly how to do whatever it is we want them to do, it’s such a great luxury.”

The importance of Cobb in the room is amplified by the fact that Davante Adams, Marquez Valdes-Scantling and Equanimeous St. Brown are gone, and Allen Lazard – who hasn’t signed his contract tender – hasn’t participated during the offseason workout program. The majority of the players in the receiver room are newcomers, including the rookies and veteran Sammy Watkins. It’s on Cobb to help show everyone the ropes.

Last month, Cobb stressed the need to “set the standard” in the receiver room.

“He is such a leader in that room,” LaFleur said.

Playing with Rodgers is demanding. In Cobb, the rookie receivers in Green Bay have the best teacher possible. Even when Rodgers is away, Cobb can make sure the MVP’s message is constantly heard.