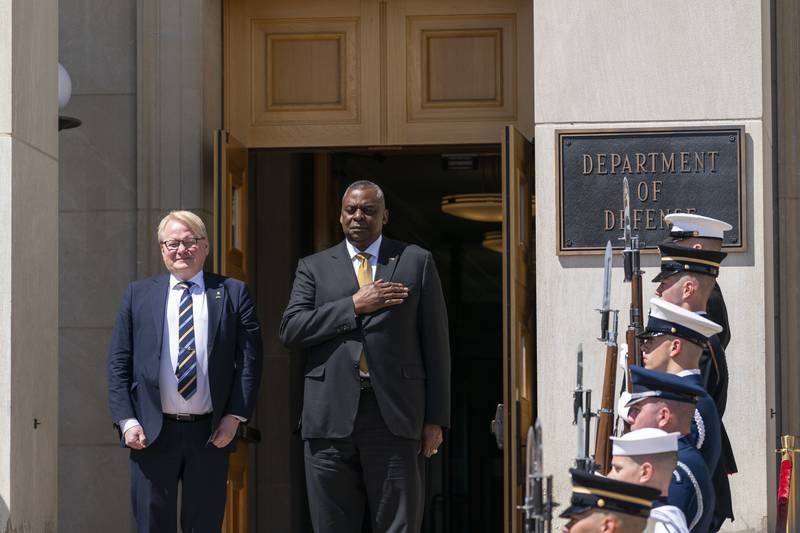 HELSINKI ― The U.S. military is mulling how to increase its participation in planned military exercises with Sweden and Finland as NATO member nations consider their applications, America’s top general said Friday.

Ahead of the discussions, Milley said they would focus on “the way ahead on their NATO applications and what operations, activities, exercises we the United States as part of NATO will do to support them in order to improve our readiness and interoperability.”

All NATO members must approve the two Nordic nations’ bids to join the alliance, which were propelled by Russia’s invasion of Ukraine. Turkey has said it won’t allow their accession unless certain steps are taken, raising questions about the actions NATO allies will take with Finland and Sweden in the interim.

“We, the military, have a variety of plans with NATO … to conduct exercises in all the domains ― air, sea, land, et cetera. So we’ll do that,” Milley said, adding that final decisions by Defense Secretary Lloyd Austin and others are “still under consideration from a policy perspective.”

“We are developing plans in order to not only sustain the exercise programs we’ve been doing but to modestly increase those,” Milley added.

In the lead-up to NATO’s summit this summer, Milley is in Europe both to show support for allies that have unified against Russia’s invasion as well as to help coordinate military aid for Ukraine ahead of a third meeting of donor countries convened by Austin, set for June 15.

A U.S. readout of Milley’s meeting with Niinisto said they discussed European security in light of Russia’s invasion of Ukraine, the U.S.-Finland defense partnership and how Finland’s accession to NATO “will strengthen U.S. and Europe-Atlantic security.”

Milley will be in Sweden later this week as it kicks off the annual large-scale BALTOPS exercise against the backdrop of its navy’s 500th anniversary. To show off amphibious, anti-submarine, gunnery and air-defense operations, 14 NATO allies, plus Sweden and Finland, will bring 45 ships, more than 75 aircraft and about 7,000 personnel, according to the alliance.

In the last six months, Finland has quietly expanded its participation in military exercises with European partners, adding eight new exercises and changing 12 others, said security and defense policy expert Charly Salonius-Pasternak of the Finnish Institute of International Affairs.

Turkey has cited, as concerns about Finland and Sweden joining NATO, their alleged support for Kurdish militants, which it considers terrorists, and restrictions on weapons sales to Turkey. Those are widely considered by analysts as a bargaining chip that could stoke a backlash against Turkish President Recep Tayyip Erdoğan if the matter drags on.

“Finland is probably collateral damage here … Ultimately I think it’s about [the] U.S. and maybe some other larger European countries that the deal will be actually about,” Salonius-Pasternak said.