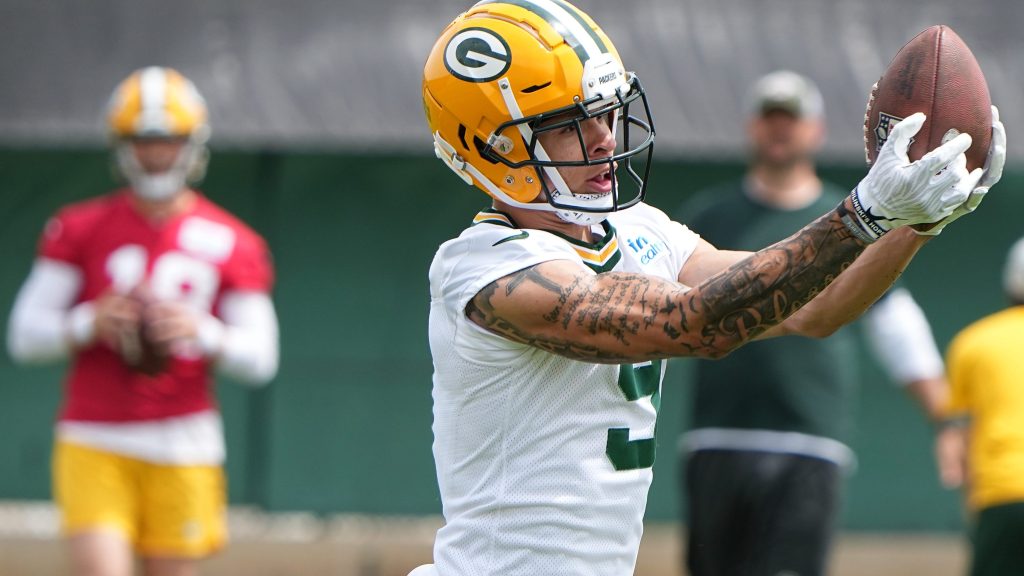 It’s just one step of many for a rookie, but Green Bay Packers receiver Christian Watson passed the first test during the offseason workout program.

Albert Breer of SI. com heard Watson had a “real solid spring” in Green Bay during OTAs and minicamp.

There are obvious caveats in play: No one is in pads during the offseason workout program, and rookies like Watson are just learning the basics of the scheme. Practices are light. No one becomes a star in May and June. But the moment hasn’t been too big for Watson so far, and that’s encouraging with real football right around the corner.

The Packers traded up aggressively in the second round to get him with the 34th overall pick in the 2022 draft. The hope is that Watson’s performance during the spring helped create a strong foundation for training camp, which begins in late July.

In a receiver room that lost Davante Adams and Marquez Valdes-Scantling, the Packers need Watson to hit the ground running.

“I definitely think I’ve been stacking days and getting better each and every day, ” Watson said, via Packers. com . “Obviously, there’s ups and downs but I definitely feel like I’ve come a long way. Obviously, I still feel like I have a ways to go, but I feel like that’ll come with a couple weeks that we have off before training camp and I think I’ll be good. ”

Watson said learning the particular intricate details of the offense is the next step. He needs to be at the right place at the right time on every play to earn the trust of quarterback Aaron Rodgers during training camp and get on the field during the regular season.

It’s a long, arduous process, especially for a rookie receiver, yet Watson is off to a strong start.

Breer’s comparison for Watson was Vincent Jackson, a second-round pick from Northern Colorado who created six 1, 000-yard receiving seasons plus made three Pro Bowls. The Packers will hope Watson can contribute more than Jackson right away. As a first year, Jackson caught only three passes. And he only caught 70 passes during his first three seasons combined.