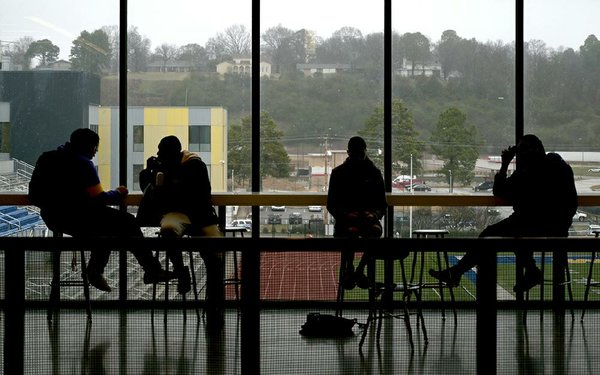 The North Little Rock School Board approved a plan to revamp the school district’s security apparatus at a special meeting Thursday night.

The plan, proposed by Superintendent Gregory Pilewski, calls for armed guards, more training and new managers to oversee security staff. The plan will also reorganize security positions in the North Little Rock School District, meaning 44 security guards will have to apply and interview with the district to keep their jobs.

Pilewski said school safety was a priority of his since taking over as superintendent in August 2020, promising to review the district’s security apparatus. In December, the school district hired Hayward Finks, assistant police chief with the Little Rock Police Department, to be the school district’s director of safety, security and emergency medical services.

A report on the school district’s security called for more security guards, saying “it is overwhelmingly apparent that additional staffing is required for the efficient daily operations of the Safety, Security and Emergency Medical Services Department.”

Additionally, Finks said last week that some security guards were under-trained and “not absolutely certain what needs to happen in a crisis situation,” along with other staff.

The district will also add a crisis intervention technician who will create and maintain lockdown, active shooter and tornado drills. The position will also be responsible for providing training for staff in the district.

“Currently, we have a lot of technology that has capability, functionality that the district is not taking full advantage of,” Finks said. “So having a technology team dedicated to safety and security will help us to better utilize what we already have.”

Under the plan, the school safety administrator and 44 guards will have their positions reorganized.

“The report was very thorough in how they explained it to us,” said Adrienne Durham, co-chairperson of the district’s Classified Personnel Policy Committee. “And I think it was much needed for this district.”

The plan will cost the school district about $726,000 and will be funded out of the operating budget. Pilewski said the cash-strapped school district can find savings in the budget to fund the security plan, suggesting that solar panels and switching to LED lighting could bring in enough savings for the district to fund his security plan.

“I promise you, as the superintendent, we will come back to you and show you exactly where we reduced the operating budget,” Pilewski said.

The update to the North Little Rock School District’s security plan comes as schools around the state and country rethink their security in the wake of a recent shooting in Uvalde, Texas, that left 19 students and two adults dead.

In North Little Rock, school safety has become a major issue among teachers and parents after several incidents near or within the school district. In October, a teen was shot across the street from North Little Rock High School’s campus while attempting to buy a gun, sending the school into a lockdown.