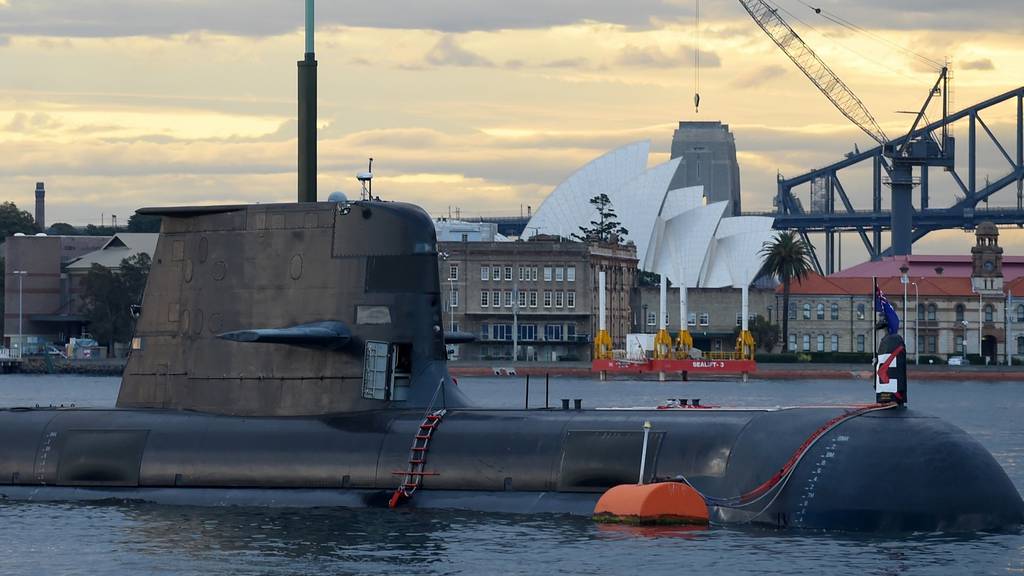 WASHINGTON — U.S. lawmakers introduced a bill this week that would establish a program to train Royal Australian Navy officers in operating nuclear-powered submarines, as Australia, the U.K. and the U.S. work on a collaborative path toward developing and fielding the boat type for the Pacific ally.

The Australia-U.S. Submarine Officer Pipeline Act would allow Australian naval officers to begin training in the United States to learn how to operate and maintain nuclear-powered subs, before eventually becoming commanding officers of the future boats.

Australia currently operates six diesel-electric guided-missile submarines. Twelve French-built diesel-electric subs were meant to replace those Collins-class boats under an agreement with Naval Group in 2019. But Australia last fall changed course and announced the AUKUS plan to field nuclear-powered submarines instead with the help of the U.K. and the U.S.

Though more expensive, the nuclear-powered boats are quieter and more difficult to detect, and they can stay submerged longer because they don’t have to surface to refuel. Australia, which is becoming increasingly prominent in countering Chinese military activities in the Pacific, opted to go with the boats better suited for high-end operations against a top global competitor.

Several officials involved in the U.S. submarine program noted that women first began serving on submarines in 2011 but that none have taken command of a sub, reflecting the lengthy timeline in becoming proficient in operating the platform and rising to a leadership position. The idea with Australia is to start training a cadre of young officers now so they’re ready to take command of the country’s subs when the time comes.

“The AUKUS alliance is the most important national security partnership that America has entered into in decades,” Rep. Joe Courtney, D-Conn., said in a news release. “While [design] work is ongoing, it makes sense to open the U.S. Navy’s nuclear training programs to Australia’s naval officers to acquire proficiency in the operation of nuclear submarines.”

“Our bill will authorize an education and training program for Royal Australian Navy submariners to receive formal instruction in the highest standard of U.S. Navy technology, and will begin rotating in the first cohorts of Australian sailors who will command their future fleet of nuclear-powered submarines. This bipartisan bill has the full support of the AUKUS Working Group, and we should waste no time in moving it forward towards a final vote,” he added.

The AUKUS Working Group is made up of lawmakers who serve as the go-to panel on Capitol Hill for implementation and collaboration on the alliance.

According to the news release, the program would induct at least two Australian officers each year to receive training at the Navy Nuclear Propulsion School, enroll in the Submarine Office Basic Course and then be assigned to duty on an operational U.S. submarine at sea.

Megan Eckstein is the naval warfare reporter at Defense News. She has covered military news since 2009, with a focus on U.S. Navy and Marine Corps operations, acquisition programs, and budgets. She has reported from four geographic fleets and is happiest when she’s filing stories from a ship. Megan is a University of Maryland alumna.