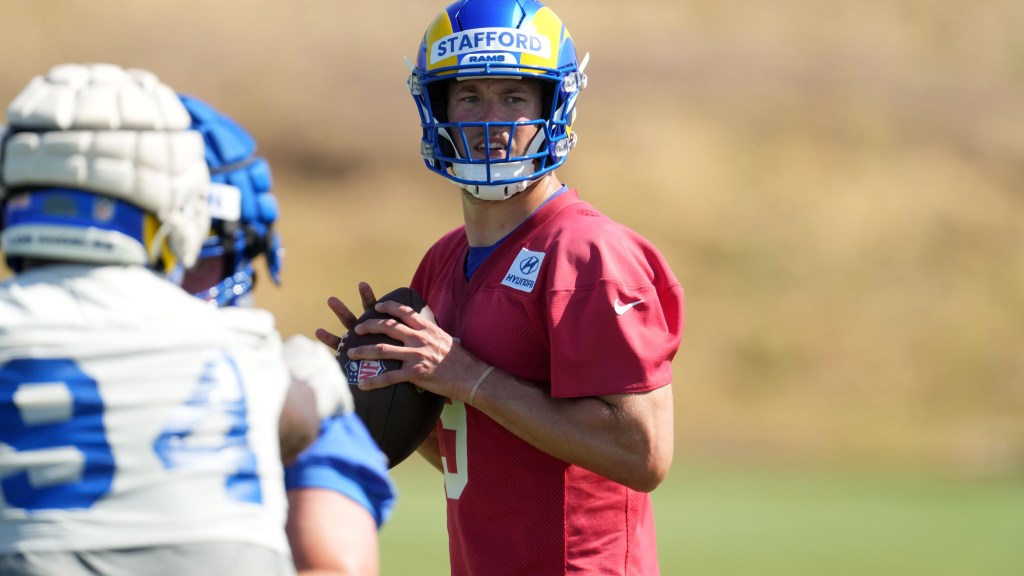 Matthew Stafford was on the field for workouts during OTAs and minicamp this spring, but it was more as an observer than a passer. That’s because he didn’t throw at all in these practices.

He had an injection in his right elbow this offseason, and the Rams are playing it safe by resting his arm until they get closer to the start of the season. There’s no real concern about his availability or longevity, and Stafford told reporters on Wednesday that he’ll “definitely” be throwing at training camp.

He even said he’ll begin throwing this summer before camp even begins, working out with some of his teammates informally.

You can expect Stafford and Kupp to spend plenty of time together this summer ahead of camp, whether it’s watching film or throwing on the field. Stafford will probably take it easy coming off that injection, but he’s going to be ready for training camp no matter what.