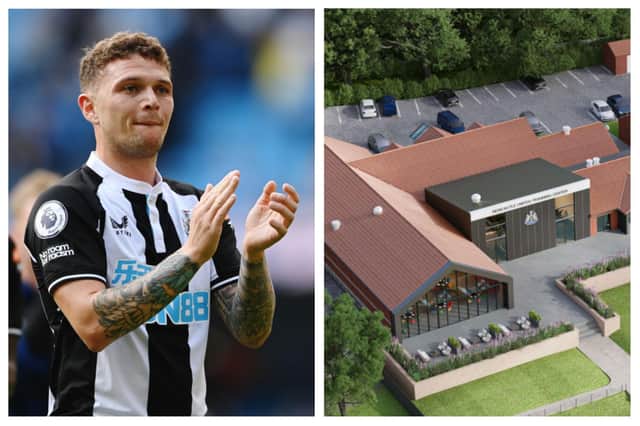 By then, the club’s Darsley Park training ground could look quite different from how they left it at the end of the 2021-22 season.

The plans are expected to be approved by North Tyneside council but the club are unable to start work on the building structure itself until they get the official green light. In the meantime, the club have been trying to save as much time as possible by going ahead with the necessary ground works around the building that do not require any planning permission.

Once planning permission is obtained, it is likely that the training ground building upgrades will disrupt the day-to-day workings at Darsley Park during pre-season.

While the majority of Newcastle’s squad are set to return on July 1, players who took part in international duty in June will be allowed to return later.

That includes Kieran Trippier, who played twice for England in the Nations League earlier this month.

The 31-year-old was the club’s first signing under new ownership when he arrived at St James’s Park from Atletico Madrid back in January.

He quickly became a fan favourite despite breaking his metatarsal in only his fourth league appearance for Newcastle against Aston Villa.

The injury saw Trippier out from February until May as he made his return to the starting line-up on the final day of the season against Burnley at Turf Moor.

And the right-back believes the latest training ground upgrades are a ‘step in the right direction’ for the club.

“It’s always nice if it is happening and it will be good for everybody, the fans, the players, the staff because it’s another step in the right direction,” Trippier told The Gazette.

“To be honest, we hadn’t really spoken about it, the games were coming think and fast but I’m sure the club and the manager will speak to us.

“We hadn’t seen any [plans], we were just focusing on the games and training at the time.”

While Trippier only started five Premier League games for Newcastle last season, he scored two crucial goals and played an important role behind the scenes as the side rose from 19th when he arrived to secure an 11th placed finish.

Now, Trippier has his sights on continuing to the upward trajectory at the club next season.

“It has been fantastic but it’s a long season for us players,” he admitted. “We turned a big corner since January but this is only the first step, we need to enjoy our break and come back in pre-season ready to go again.”

During pre-season, Newcastle will travel to Portugal to face Benfica on July 26 before hosting Atalanta on July 29 and Athletic Bilbao on July 30 at St James’s Park. Further pre-season friendlies are set to be announced before the club opens the Premier League season at home to Nottingham Forest on August 6.