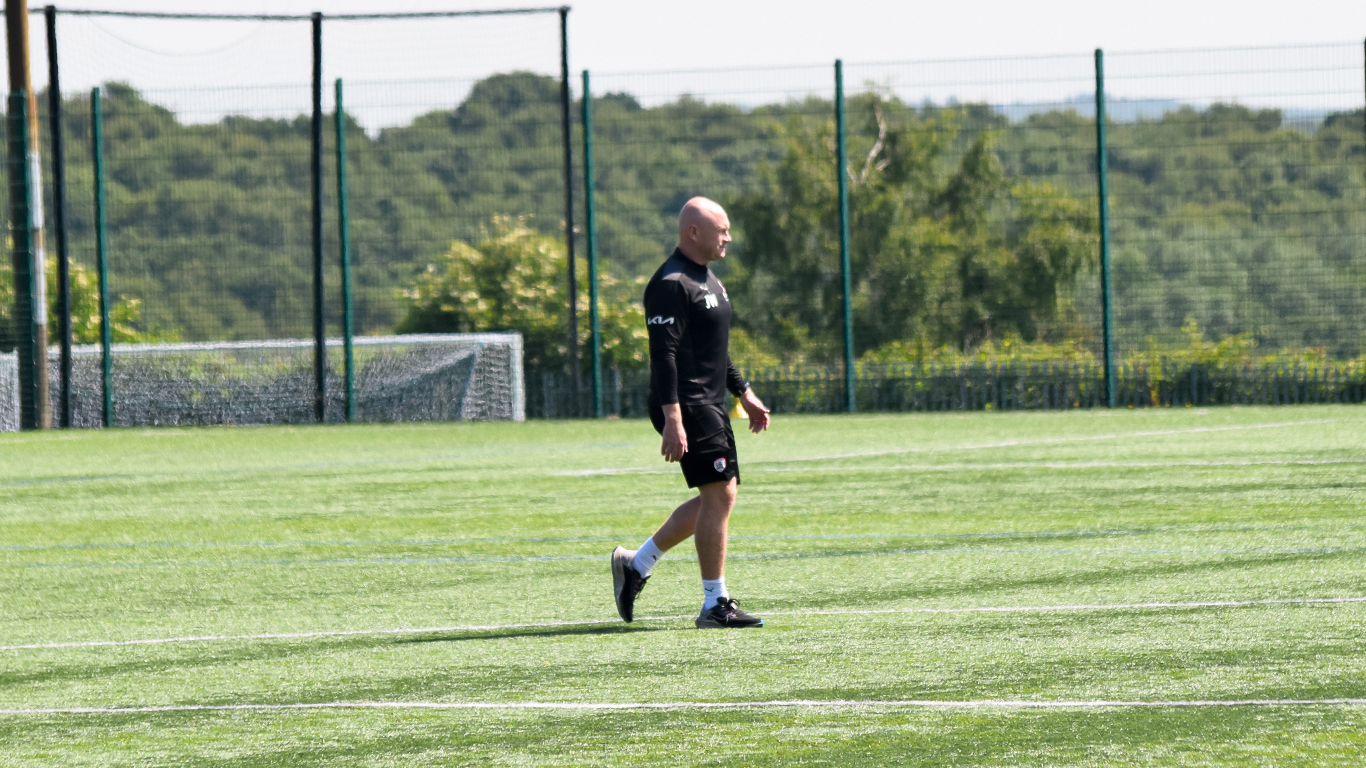 As the first group of players returned to Oakwell for pre-season training, our first team sports scientist, James Walsh explained the process.

This week saw a number of players back on the training ground, putting in the ground work ahead of the upcoming 22/23 season.

Leading the sessions at Oakwell has been James Walsh. A key part of the sports science team here at the club, it’s been straight down to business for him and the first batch of lads returning to action.

“In this group are predominantly the younger element.” James explained.

“Some of our U23s and U18s and then the younger first team players such as Matty Wolfe, Aiden Marsh and Jasper Moon.

“And the thinking is that they’re potentially going to get more minutes this season, so it’s about getting them ready for what’s to come. We’re making the pre-season a little bit longer, but less intense, certainly to begin with.”

As pointed out by CEO, Khaled El-Ahmad, the Reds have suffered poor starts to the last three seasons. Following an internal review this summer, it’s about approaching the build-up to a new campaign with fresh ideas and thus hoping for a better start to proceedings this time around.

Walsh explained that initially, the work being done was quite light as he tried to gauge where the youngsters were at in terms of their base fitness, before gradually increasing the workload.

“The first day we just got the lads moving properly again. Getting the right patterns, not putting too much stress on their bodies. But getting them using some muscles they’ve not been for a while.

“Likewise in terms of the outdoor work, with the running, it was about getting them turning and moving in directions they might not have been doing in the off-season.”

After the first half of the week, James feels the lads are in a good place.

It’s about laying the foundations; that platform to build upon, as the days and weeks edge towards our opening game of the Sky Bet League One season.

He told us: “They’ve been doing well, nobody out there has not done well to be honest. They’ve all come back in the shape we expected having followed their individual programmes.

“Next week we’ll see another group of lads added before pre-season ‘proper’ begins the week after when we’ll have the full group back in and preparing for a big season.”