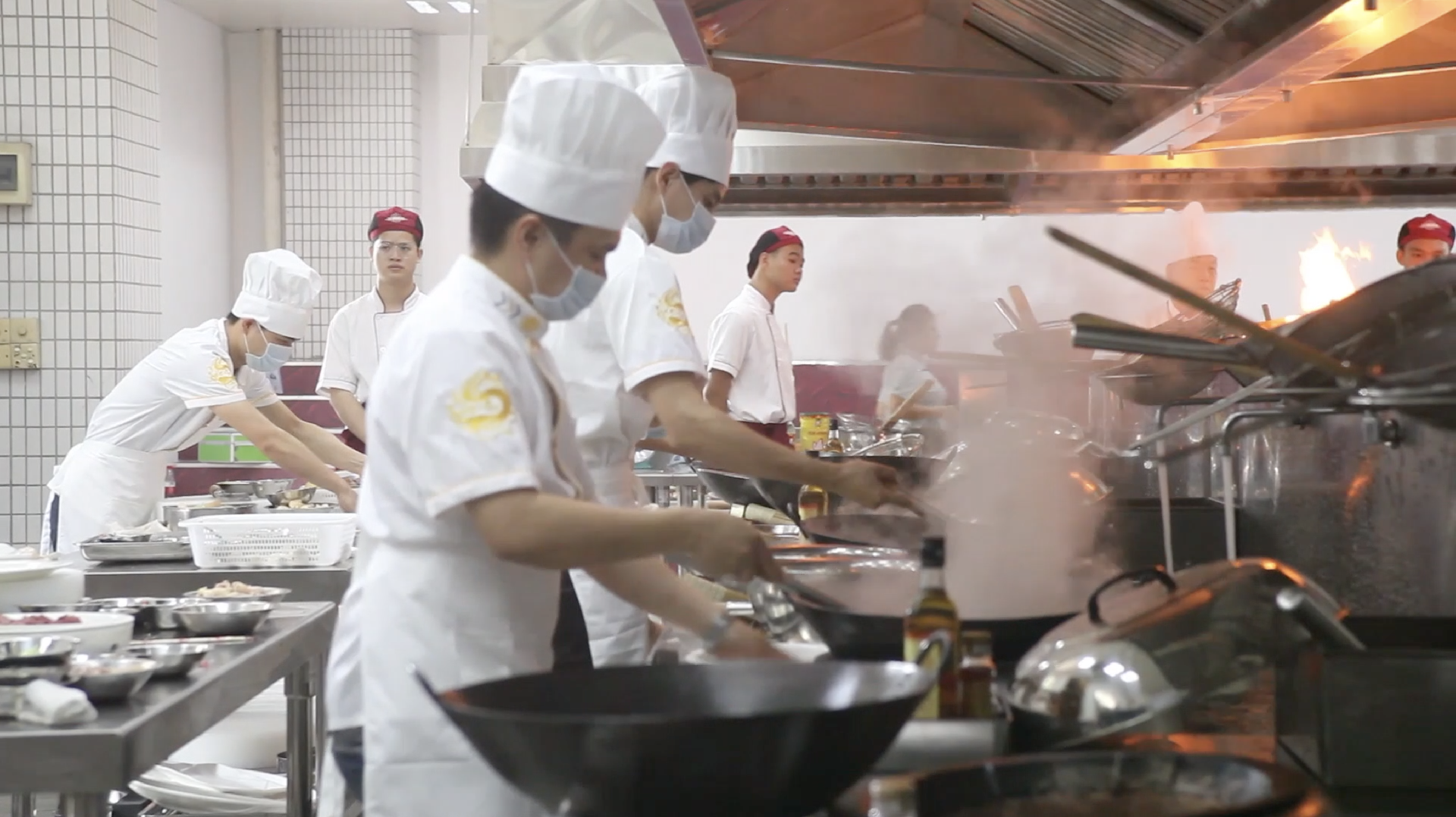 In recent years, the Chinese central government has encouraged more investment in vocational education while looking at ways to drive rural revitalization.

In the southern province of Guangdong, the local government has been running a massive “Three Projects” initiative, through which it’s trying to cultivate more Cantonese cuisine chefs, housekeeping professionals and technicians. The initiative is aimed at stabilizing employment, promoting industrial development and helping rural revitalization.

Between its launch date in 2018 until the end of last year, more than 7.6 million people received training, and over 2 million people found jobs or started a business based on their training.

Chen Guanzhong, who now owns a medium-sized restaurant with over 10 employees, said his business had completely changed thanks to the “Three Projects” initiative.

In 2016, Chen decided to open a small restaurant based on two famous delicacies, Lai Rice Noodles and Zhengguo wonton, in Zengcheng District of Guangzhou. It did very well, but he was apprehensive about expanding, because he didn’t think he had the proper business skills. A free course, organized by the local government as part of the project, convinced him that he could make the step up.

“I learned how to manage a restaurant. Before this, my wife and I worked day and night. Now I know how to delegate to staff members for certain tasks. I also learned how to make more dishes. Back then, I only had two dishes, now our restaurant has more than 10. More variety leads to more customers and more money,” said Chen.

The government isn’t just giving them a platform to obtain new skills and training, it’s also providing financing services and being creative in helping them get the loans they need.

“The Human Resources and Social Security Department of Guangdong Province is cooperating with banks. After going through the project’s training, self-employed people can use their certificates and other things, such as prizes obtained from vocational skills competitions, as a kind of bond to apply for investment loans,” said Zeng Wenxiu, the director of the Employment Center at Human Resources and Social Security Bureau of Zengcheng District.

“For example, in our district, Chen Guanzhong obtained a loan using his certificate and a gold prize he won in a cooking competition,” Zeng added.

Chen was able to get a $75,000 low interest and unsecured investment loan, which he desperately needed at that time to expand his restaurant.

From free training and employment opportunities to affordable loan deals, the “Three Projects” initiative is making a big difference to people’s lives in Guangdong.

While cities and districts might have different approaches, what they all have in common is a will to help people with vocational skills find a suitable job, and the initiative doesn’t just benefit people living within the province, there’s also plenty of inter-provincial cooperation. For example, organizations in Guangdong are providing platforms to train people from other provinces, and then find them suitable employment, either within Guangdong, or elsewhere.