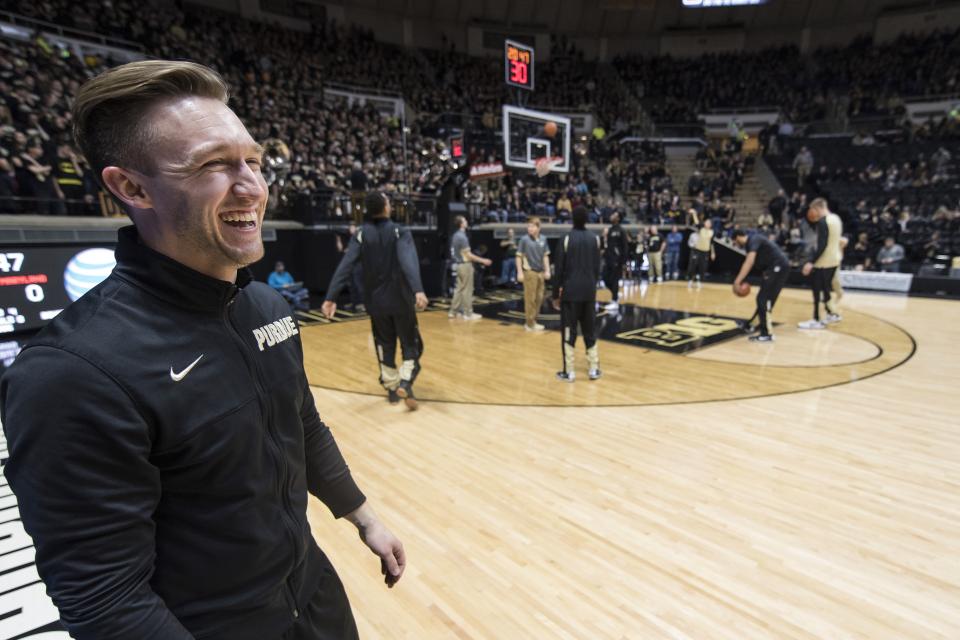 NBA players incorporate many elements into their year-round training to ensure they’re in tip-top shape. Players train throughout the year to optimise their performance on court. This and last season saw a compressed game schedule that left players like LeBron James questioning whether players are getting enough down time, Josh Bonhotal, former director of sports performance for Purdue Men’s Basketball and assistant strength and condition coach for the Chicago Bulls, says players can’t afford to wait until the playoffs to get ready for the finals and most train year round to take on the physical demands of the season.

“Much of the work will need to have already been done in the offseason combined with a high level of consistent training habits in-season,” he says.

Working with Bulls players Derrick Rose, Joakim Noah and Ben Gordon, Bonhotal says the most successful players rely heavily on the routines and habits they build over the years rather than additional training during the finals.

Training evolves throughout the season to allow time for strengthening and recovery. Factors like travelling and injury also affect how much a player trains.

Bonhotal says training sessions on game day tend to differ slightly, factoring in the frequency of games in a week. However, even that routine has evolved over the years for most players. “Teams used to have a morning shootaround eight or nine hours before the game, but nowadays, many have moved to just have it at the arena a few hours before tip.”

The goal of pre-game workouts, he says, is geared specifically towards optimising on-court performance. “You may see players arrive an hour or so before the shootaround time to get treatment followed by a ten to 30-minute lift aimed at helping them feel better and priming their muscles for the game. Still, others may save their lift until closer to tip-off (60 to 90 minutes) before.”

Pre-game training depends mainly on how the player feels on the day. Players who feel sore or tired focus more on mobility with light lifting, while those who feel confident tend will do more heavy lifting. “For a player who feels pretty good, the training may be a bit more aggressive, focused on moving heavier loads and [or] incorporating more explosive-type movements.”

Ultimately, the strength and condition coach’s job is to help players maximise athletic output while minimising fatigue ahead of a game. “This creates what is called a potentiation effect that can “excite” their nervous system and essentially prime their fast-twitch muscle fibres.” Done right, players can sprint faster, jump higher and cut quicker.

Players will also train after games to optimise performance during a busy week where they have three to four games. “Players will often lift weights before or after games. The Suns, in particular, are pretty notorious for getting most of the team in the weight room right after their games,” he says.

Bonhotal, who is also the vice president of performance of personalised training app Future, stresses the importance of tailored training for players and the team’s needs in a particular season.

“Practice duration and intensity will be significantly less towards the end of the season and throughout the playoffs, which in some ways can allow players to do a little more in terms of training and recovery. Still, any lifting sessions that occur during the Finals will be more conservative, never reaching beyond a minimum effective dose.”

In addition to the curated fitness routines during the season, Bonhotal is quick to point out that getting into finals is an accumulation of a hard work all year round. “We had a quote in our weight room with the Bulls that had been on the wall since the Jordan era; “The time will come when winter will ask what you were doing all summer.”  Much of the work will need to have already been done in the offseason combined with a high level of consistent training habits in-season.”

Also see: What are the Tiffany & Co-made NBA Championship Trophy and Louis Vuitton case really worth