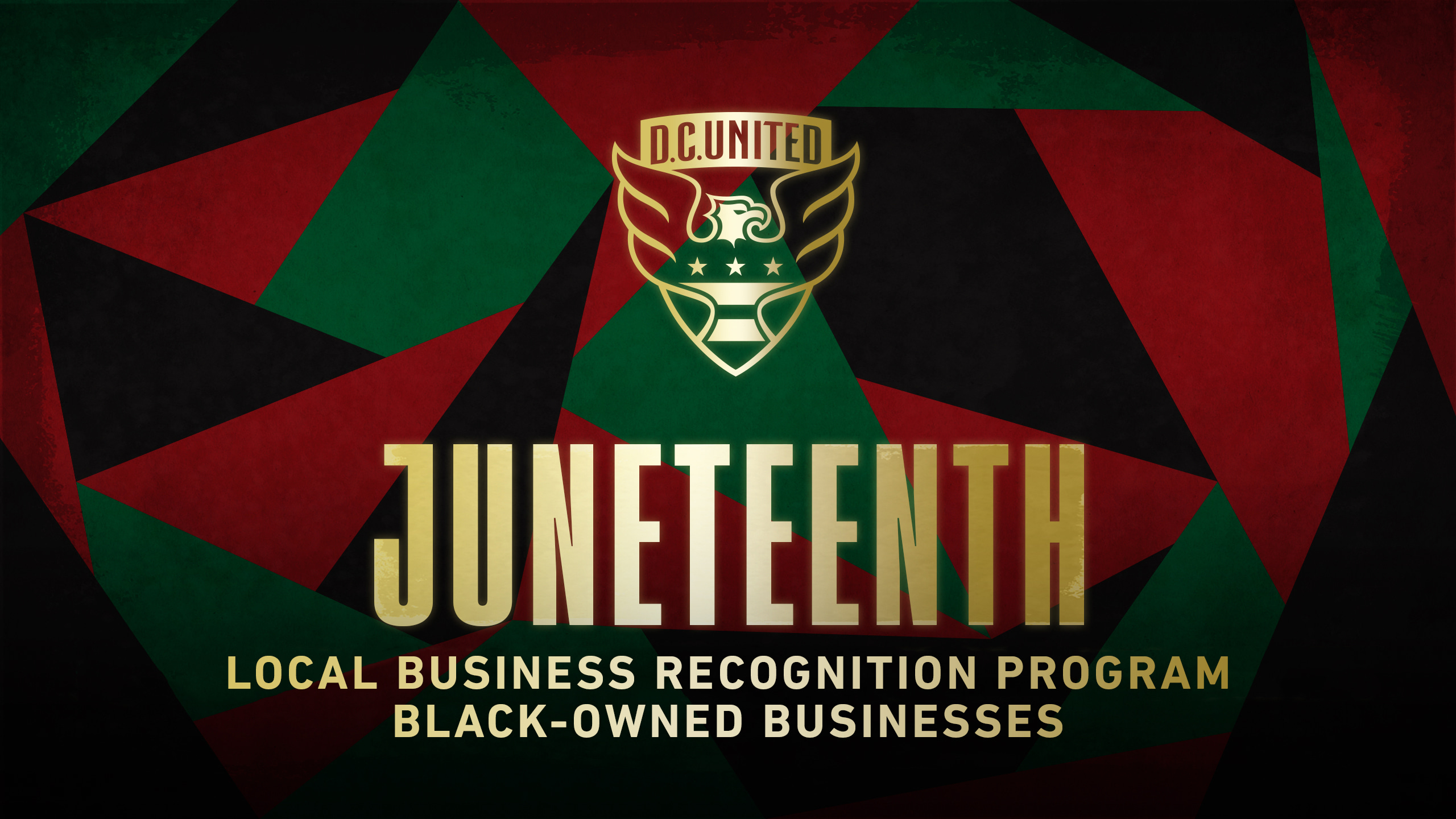 _ Eight Local Black-Owned Businesses will Receive More Than $15,000 in Mix of Digital and In-Stadium Exposure in Advance of June 25 Match at Audi Field _

The first effort within the new program will award eight local black-owned businesses with more than $15,000 of advertising value. This features inclusion in the D.C. United email marketing platform, messaging and promotion across club-owned social media properties, physical and videoboard matchday stadium signage at Audi Field, as well as the opportunity to participate in experiential marketing during D.C. United’s match on June 25 at Audi Field against Nashville SC with kickoff at 5 p.m. EST.

“We believe soccer – and sport as a whole – stands alone in its unique ability to unify and foster community,” said Danita Johnson, D.C. United President of Business Operations. “We’re excited to be able to use our digital platform and matchday experience at Audi Field to support and amplify the work and offerings of the local businesses in our region starting with several black-owned businesses.”

The local black-owned businesses that will be the first recipients of D.C. United’s new Local Business Recognition Program are listed below:

To learn more about the D.C. United Local Business Recognition Program visit here or to get into touch with the D.C. United Community Relations team please contact them here.

One of the founding clubs of Major League Soccer in 1996, D.C. United are among the most decorated teams in the United States with 13 domestic and international trophies.

D.C. United have called the District home for the past 26 seasons and play their home games at Audi Field in the Buzzard Point neighborhood of Southwest, Washington, D.C, which opened in 2018. In addition to D.C. United games, the 20,000-seat soccer-specific stadium hosts over 100 events year-round, including the District’s premier arts, culinary, and music festival, Unite the District Fest. Audi Field will soon be home to America’s number one sportsbook through a partnership with FanDuel Group.

For more information and club updates, please visit www.dcunited.com and find us on social media @DCUnited.