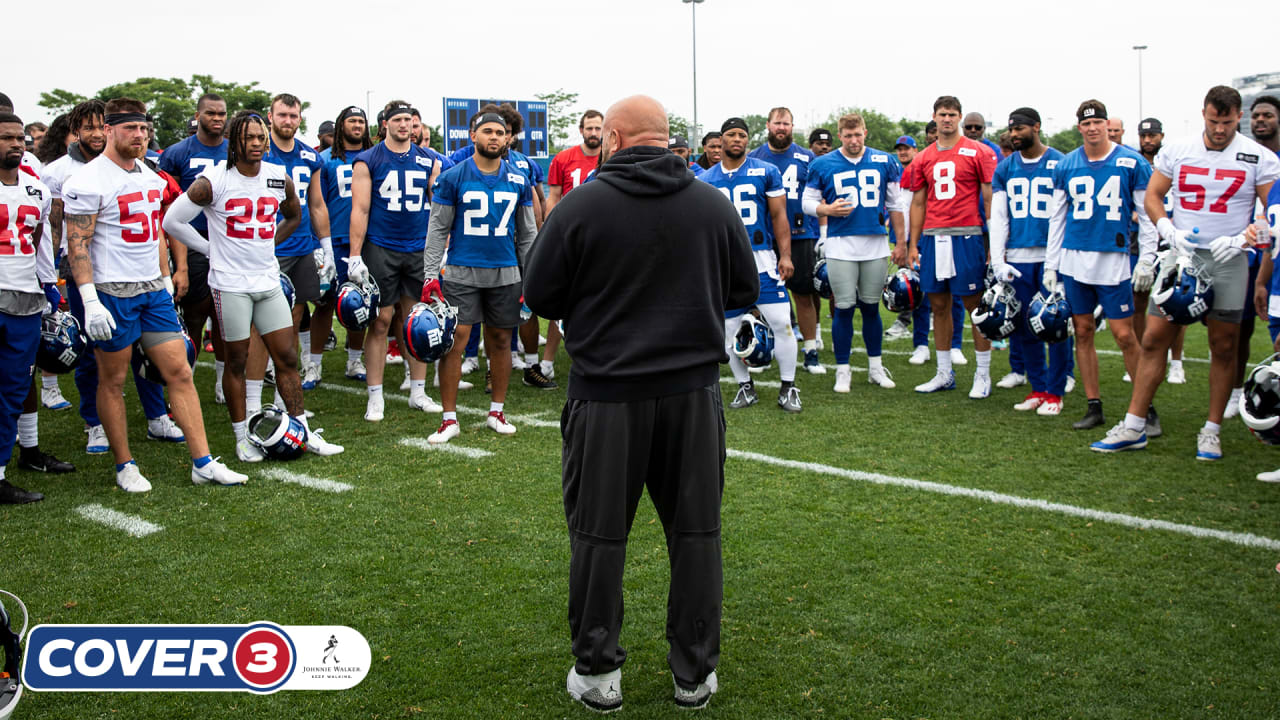 The Giants’ offseason workout program has officially concluded with last week’s mandatory minicamp (June 7-9). Over the last two months, the team ramped up its on-field work significantly, providing a glimpse of what the 2022 Giants should look like under Brian Daboll and the new coaching staff.

With that said, we asked our Giants.com writers to share their biggest takeaway from OTAs and minicamp, keeping in mind everything they witnessed at the Quest Diagnostics Training Center since the offseason workout program began at the beginning of April.

Dan Salomone: When a new regime takes over, the off-season workout program is as much about establishing what the team will feel like as what it will look like. And Brian Daboll has made it clear that his philosophy is to empower players and his assistants. They’re not walking on eggshells afraid to make a mistake at practice “as long as you’re making them full speed and as long as they don’t become a habit,” said center Jon Feliciano, who also played under Daboll in Buffalo. This is going to be a team that isn’t afraid to take chances and get creative in all three phases.

Said Daboll: “I tell them all the time, it’s your team. They have to be accountable to one another. We’ll give them instruction. We’ll teach them fundamentals. We’ll try to put the schemes in that best suit them. But at the end of the day, they have to take ahold of this thing and take it where they want to go.”

Lance Medow: Let me preface by emphasizing there’s only so much you can take away from the spring because the players aren’t in pads, CBA rules restrict the level of physicality and a handful of individuals coming off injuries rarely participate or are limited. With that being said, two things come to mind with respect to the identity of the team on each side of the ball. Based on what coordinator Wink Martindale and several players mentioned over the last few weeks, this defense will be extremely aggressive and constantly move around personnel. Leonard Williams, Dexter Lawrence and Julian Love echoed those sentiments with Williams calling Martindale’s scheme one of the most aggressive systems he’s been exposed to and Lawrence discussing how players need to learn multiple spots. Martindale summed up his philosophy with one phrase: “you want to dictate to the offense instead of sitting there and letting them dictate to you.”

On the offensive side of the ball, the Giants are also going to mix and match personnel to keep the defense guessing and much like Kansas City and Buffalo, looking to capitalize on the speed of various players in open space. For example, the Chiefs relied on the likes of Tyreek Hill and Mecole Hardman after the catch as did the Bills with players such as Cole Beasley and Isaiah McKenzie. Everything wasn’t necessarily a home run and the Giants will look to alleviate the pressure on Daniel Jones by having the skill position players do some of the heavy lifting with the ball in their hands. Kadarius Toney, Wan’Dale Robinson and Saquon Barkley are three players, in particular, who can create headaches because of their speed and versatility. Taking advantage of what that group has to offer will be a big emphasis to help set the tone on offense.

Matt Citak: The biggest takeaway from the Giants’ offseason program, which came to an end with the conclusion of the mandatory minicamp last week, is that this team is going to throw a lot of creative looks at its opponents this season. Brian Daboll and Mike Kafka brought bits and pieces from the Bills’ and Chiefs’ offensive schemes to East Rutherford, and it is clear that the Giants’ offense is not going to hesitate to take some shots. On the other side of the ball, Wink Martindale is known for his unique, blitz-heavy schemes. While the off-season program does not include any contact, which makes it more difficult to judge the success of the pass rush, it should not surprise anyone to see Martindale attack the quarterback in a wide variety of ways this fall.

Another big takeaway is that the rookie class has an opportunity to see a lot of playing time right away. Of course, Kayvon Thibodeaux and Evan Neal figure to slide into the starting lineup from the start of the season, but they might not be the only ones. Wan’Dale Robinson and Daniel Bellinger were heavily involved over the past month, while Joshua Ezeudu has already shown that he can line up at several spots across the offensive line. On top of that, some of the rookies on defense, such as Cor’Dale Flott, Dane Belton and Micah McFadden, play positions where there is not a ton of depth. You never know what could happen between now and Week 1, but the 2022 draft class has a chance to see some extended action this season.