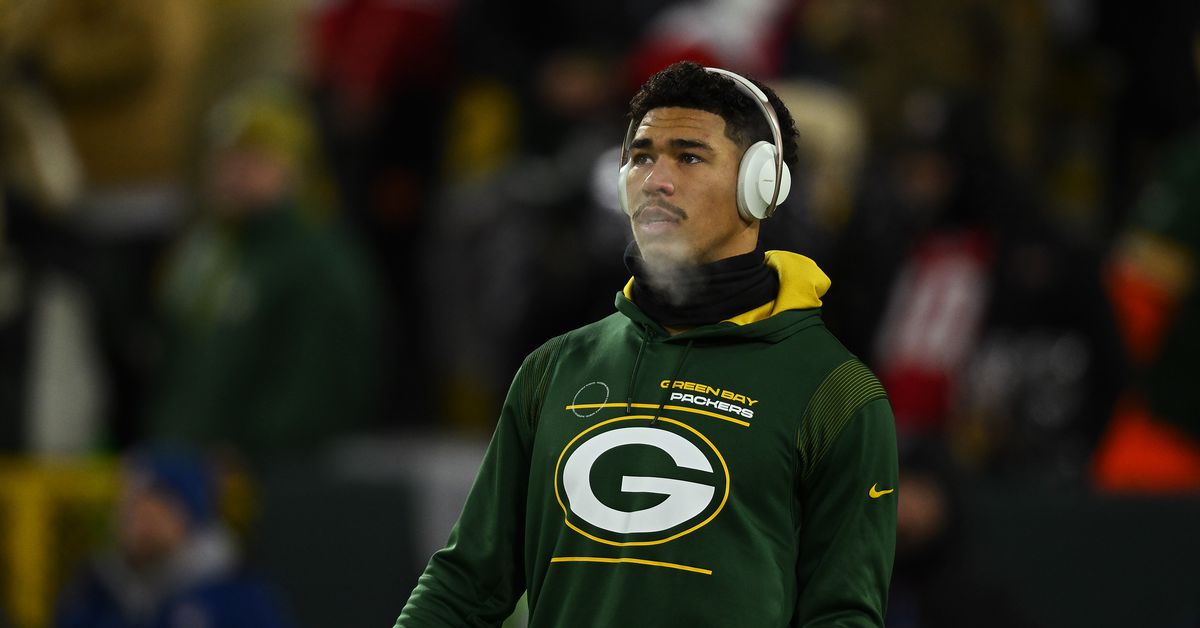 Allen Lazard is officially under contract with the Green Bay Packers. As a player with three accrued seasons of NFL experience, Lazard was a restricted free agent this offseason, a status that allowed the Packers to issue him a tender for his services for the 2022 season and maintain the right to match any contract offer he might have received from another team. Lazard did not receive such an offer, but had not signed his tender through the team’s first two weeks of OTA practices or last week’s minicamp.

As he was not officially under contract, Lazard was not contractually obligated to attend minicamp last week, and did not do so. But on Monday, he has apparently signed his tender, as first reported by Pro Football Talk. The Packers used the second-round tender on Lazard this offseason, meaning that his signing will ensure him a payday of just under $4 million for the upcoming season.

The timing of Lazard’s signing comes just ahead of a critical deadline. According to NFL rules, June 15th is the effective deadline for restricted free agents to sign their tenders; if they do not do so by that date, the team may withdraw the RFA tender and instead apply a lower tender, worth 110% of the player’s prior salary. In other words, if Lazard had chosen not to sign his tender by Wednesday’s deadline, his compensation would have dropped from $3.986 million to just $935,000.

However, by waiting until after last week’s minicamp to sign, Lazard was able to skip the entirety of the 2022 offseason workout program without sacrificing a dime. OTA practices (which continue through this week) are voluntary, and his tender has no workout bonus provisions in it. Unless he does decide to practice during the last round of OTAs this week, the first time he will work out with the rest of the team in 2022 will come at the start of training camp in late July.

Lazard will enter the 2022 season as the Packers’ most productive wide receiver who returns from the 2021 roster. Last year he finished second behind Davante Adams in catches (40), receiving yards (503), and receiving touchdowns (8), and is widely expected to be one of the team’s preferred starters at the position when the season begins.

The Packers now have just one member of their roster who has yet to sign his contract. That is fellow wide receiver Christian Watson, who has yet to sign his rookie deal after the Packers chose him with the 34th pick in the 2022 NFL Draft. However, only two players selected between #33 overall and pick #51 have signed their contracts yet, as many of the early second-rounders across the NFL continue to negotiate with teams.