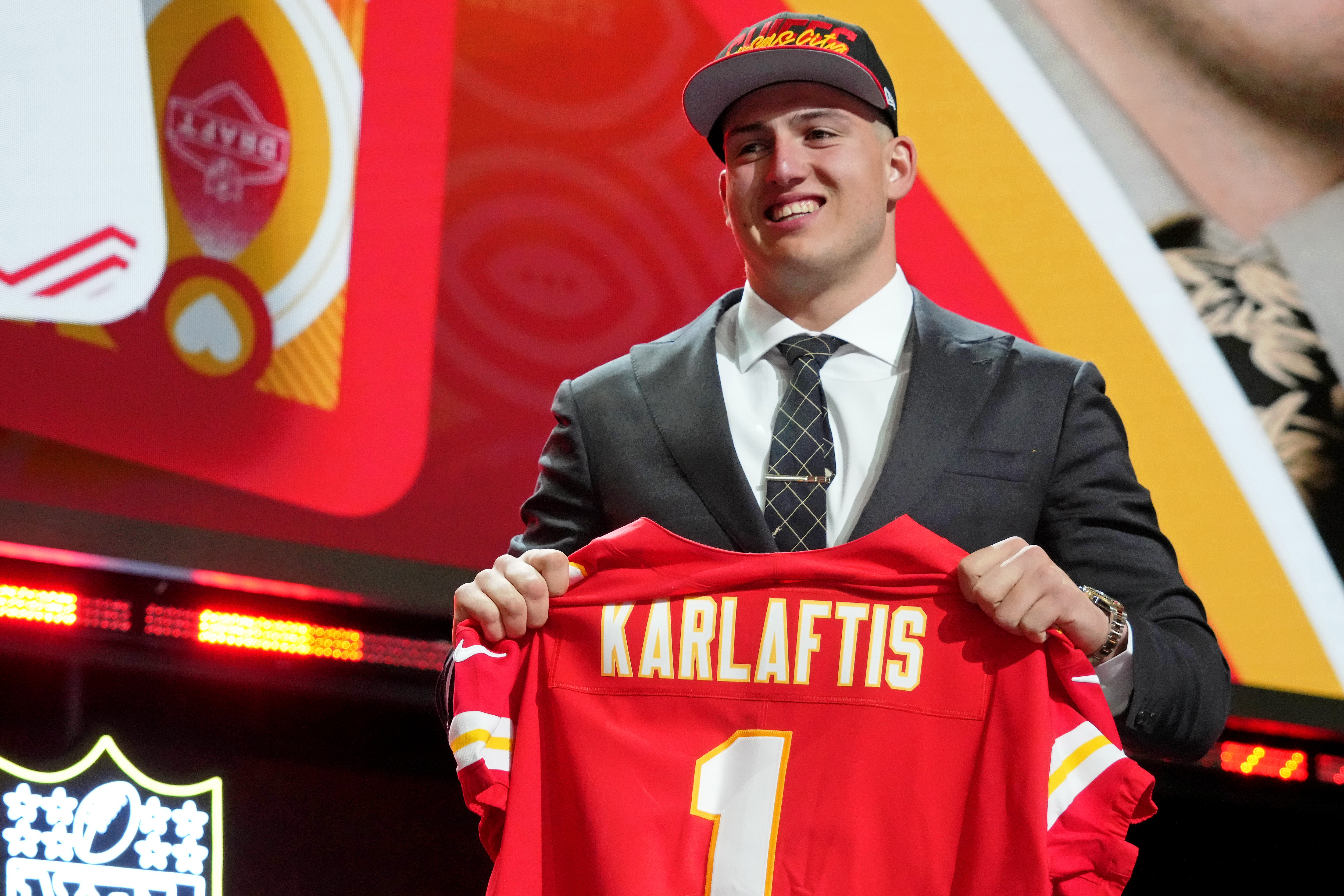 The Kansas City Chiefs wrapped up their mandatory minicamp this week. The team had two practice sessions and a miniature conditioning test on Thursday before calling it for the next month. Even with just two practice sessions, there was still plenty to take away before the team heads to St. Joseph, Missouri in July for training camp.

Here are five quick takeaways from everything that transpired at minicamp:

The offseason workout program has its purpose, but that purpose does very little in terms of the evaluation of offensive and defensive line play. Asked about rookie DE George Karlaftis and RT Darian Kinnard, Chiefs HC Andy Reid gave an incomplete grade so to speak.

“You can see George’s motor. Kinnard, you can see his athletic ability, his feet,” Reid said. “But we pull off on contact, then there’s no run game, everything is pass. But you see that there is talent there. For the bigs, you’ve got to get the pads on.”

As Reid says, it’s easy to see certain things during these practices, but until contact is permitted and the pads come on, it’s tough to get a proper evaluation of the players in the trenches. The team will have to wait until training camp comes around to get an idea of exactly how talented the newest players on the offensive and defensive line actually are.

A position group with a lot of questions heading into the 2022 NFL season took some hits to its depth during mandatory minicamp. Rookie corners Trent McDuffie and Joshua Williams both suffered injuries during the first day of minicamp and missed the ensuing practices. While Andy Reid said he expects that both players will be good to go for training camp, it’s a bit concerning given that the team has already been dealing with some injuries at the position. L’Jarius Sneed has been limited by a knee issue this offseason, though was said to be making progress at minicamp. Rashad Fenton hasn’t participated in practice yet this offseason as he recovers from injury.

As for the performance of the cornerbacks during mandatory minicamp, Reid said a lot without saying much at all.

“Collectively, I’m excited to see them, there’s so many new faces there, I’m excited to see them all,” Reid said. “They all have a chance. I think it’ll be good competition there. I’m not saying anybody absolutely jumped out or fell apart. So, I would just tell you it’s a pretty tight group and we’ll see how it goes when things get going.”

Jerick McKinnon could be important for Isiah Pacheco

The Chiefs brought McKinnon back for a number of reasons, but there is one reason that doesn’t seem to be getting enough play. McKinnon’s skillset — the things that he has done well during his career — are remarkably similar to the things that rookie RB Isiah Pacheco did well during college. They’ve both got speed and can contribute in the passing game as a receiver and a blocker. It’s possible that the team envisions McKinnon as a veteran mentor that a player like Pacheco can learn from. Perhaps, if the seventh-round rookie isn’t deemed ready to start the season, McKinnon takes up a roster spot and Pacheco ends up the understudy on the practice squad.

Per several reporters in attendance at Wednesday’s mandatory minicamp practice, rookie safety Bryan Cook flashed in a big way. He secured two interceptions during practice, one thrown by Patrick Mahomes and another thrown by Chad Henne. He had a chance at a third interception on the day, a pass from Chad Henne to Cornell Powell per Arrowhead Pride’s Pete Sweeney, but dropped the ball as it hit him in the hands. With all of the turnover in the secondary this offseason, Cook emerging as a playmaker could be a big deal for this team. Hopefully, the strong finish to mandatory minicamp will carry over into training camp once the pads come on.

“I think the biggest thing is they’ve gotten better, a lot better over Phase 2, Phase 3, and minicamp,” Mahomes said. “That’s great to see because there are a lot of young guys that will be called upon to make plays for us this season. You could tell as they got more comfortable with the defense. Spags has a complex defense. You can tell that’s why it’s so good. As they got more and more comfortable, they started getting more and more better, so that’s good to see. With young guys especially, every position, the more they know, where they can just use their God-given ability, the better they play. So you could tell they are learning more and more and started playing better and better as the camp went on.”

The team will have just over a month off between minicamp and training camp. Hopefully, the young players can pick up where they left off come July.